Ranking Every ‘Halloween’ Movie From Worst to Best

When it comes to legends of the slasher genre, Michael Myers of “Halloween” is a the top of the heap. “Halloween” was directed and scored by John Carpenter, which truly put him on the map. It also featured Jamie Lee Curtis in her film debut, who’d go on to become one of the most recognizable scream queens of all time. For those who aren’t familiar with the franchise, the first film follows Michael Myer, a mental patient who murdered his older sister as a child and later escapes the institution to enact a reign of terror onto his hometown. He makes Curtis’ character, babysitter Laurie Strode, and her friends his prey whilst being pursued by his psychiatrist, Dr. Samuel Loomis. And he does so, all while wearing a dark blue jumpsuit and a mask modeled off of “Star Trek” actor William Shatner.

There have been a staggering twelve feature films in the “Halloween” franchise. In this time, Myers has terrified new victims, old characters have been brought back and six actors have portrayed “The Shape.” And like all horror movies, not all movies are created equal. Some are complete gems, while others would have been better left on the cutting room floor. At least we have a thirteenth film, “Halloween Ends” to look forward to, as it hits theaters October 14, 2022.

Take a look at our ranking of all twelve “Halloween” films in the gallery below. Then let us know your favorite film in this franchise in the comments section on social media.

When it comes to “Halloween” movies, this one is frequently forgotten. Although Jamie Lee Curtis does make an apperance in this film, the film focuses too much on the reality show concept. Maybe it was too early for it’s time or maybe this concept has been done better by other franchises. Either way, we could have done without cameos from Busta Rhymes and Tyra Banks.

When it comes to the later “Halloween” movies which follow Laurie Strodes’ “daughter” Jamie Lloyd, this one is easily the most forgettable. We do need to give this film credit where credit is due, as it was the last “Halloween” performance by Donald Pleasence as Dr. Samuel Loomis. However, Danielle Harris did not appear as Jamie Lloyd, which is a real shame.

This film is pretty middle of the road when it comes to “Halloween’s” Thorn trilogy—it’s OK. If you’re a fan of the “Halloween” franchise, you’ll likely remember bits and pieces of this film and be impressed by Danielle Harris’ performance. But it’s nowhere near worthy of a top spot.

When Rob Zombie decided to remake “Halloween,” we were excited and pleasantly surprised. Was the sequel necessary, not entirely. Also, there’s a bit too much violence in this film to justify a rewatch. But, if that’s your preference, go right ahead.

Fans were surprised by the direction “Halloween 4” took by focusing on a new member of the Strode family and honestly, we loved it. While films like “Scream” focus on one protagonist, we enjoyed seeing Michael Myers go after a new target. Plus, Danielle Harris is an absolutely phenomenal child actress.

If you thought the original “Halloween” movie needed to be edged out, then Rob Zombie’s remake is for you. 2007’s “Halloween” is grittier, darker, more disturbing and more violent. Plus, Zombie’s creative use of profanity is pretty delightful. Lastly, casting 6’9″ wrestler Tyler Mane as adult Michael was a very smart choice.

We love a good hospital plot. “Halloween II” is a great companion to the first film and set a great precedent for the rest of the franchise. And let’s not forget that this film introduced one of the most iconic plot twists in horror history—that being Michael Myers and Laurie Strode are secretly siblings.

There’s only one film in the entire franchise that excludes Michael Myers and its “Halloween III: Season of the Witch.” I don’t know what possessed the studio to deviate from Michael Myers, but this film is pretty iconic as a stand alone film. Additionally, it has one of the most unforgettable songs all of cinema, hands down.

After the Thorn trilogy ended, Halloween H20: 20 Years Later” brought the franchise back to the beginning by reintroducing Laurie Strode. Although the title is a bit odd and we certainly didn’t have high hopes, we were pleasantly surprised. Plus, this film has performances by Michelle Williams, Josh Hartnett, LL Cool J and Curtis’ real life mother Janet Leigh.

Now this is the resurrection we were asking for. This film picks up right off after 2018’s “Halloween” and includes some of our favorite secondary character performances of the entire franchise. We also loved all the flashbacks to the original film and how they tie into the present day plot story.

2018’s “Halloween” changed the game. Although not a remake, this film took the series into a brand new direction and reintroduced millions of new horror fans to Michael Myers. This film also doesn’t connect to any of the sequels and we love the idea of a multi-dimension universe.

Obviously, we had to give it up to the original. “Halloween” popularized the slasher genre and gave horror one of the most legendary horror villains in all of film history. Additionally, Jamie Lee Curtis stood her own as Laurie Strode and quickly become one of the most iconic final girls. 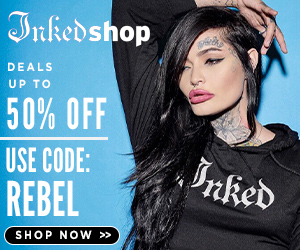 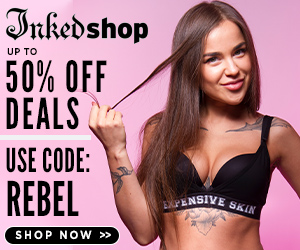